According to the man of God; “Everyone needs helper, without destiny helper there is no Lifting. Genesis 40. Pharaoh’s cupbearer and baker had
offended the king and were jailed in the same place as Joseph, who had been imprisoned because of the false claims of Potiphar’s wife (Genesis 39). While in prison, the cupbearer and the baker both had dreams and Joseph interpreted their dreams which revealed that he would be restored to his position within three days—which is exactly what happened.
Joseph asked the cupbearer to remember him and appeal to Pharaoh on his behalf. Joseph understood the influence a cupbearer could have. Though the cupbearer had failed to use his influence when Joseph first requested it, God was faithful to Joseph. He did remember Joseph two years later when Pharaoh also had disturbing dreams (Genesis 41).
Joseph became second-in-command in Egypt and saved many through his actions’.

Ad: Would you like to know how to makes more than ₦150k on a monthly basis?
Tags
Tope Olutokun Tope Olutokun Songs Download 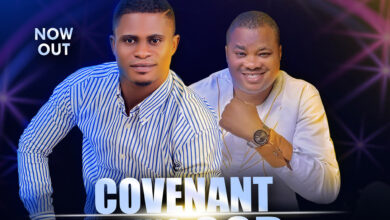