“Dey Don’t Know” Was an inspiration I got at my barbing saloon (Godsent Barbers) while having a conversation with my barber as he was cutting my hair. I go home & immediately started writing. The next day I go connected with the producer Jeno Base & King Gizi a major contributing artist to the making of the song… That’s how we made this wonderful piece DEY DON’T KNOW…”

ARTIST BIOGRAPHY
Mr. Prime is a Hiphop/rap artist like no other. Mr. Prime hails from Warri North of Delta State, Nigeria. His love for hip-hop & rap began over a decade ago with his inspiration for music stemming from a constant exposure to the sounds of artist like Lecrae, Trip Lee, Da Truth, Tedashi, Lil Wayne & M.I.

Mr. Prime is a young and talented singer/rapper who pours out his soul in songs and his heart in service to God and humanity. He communicates his beliefs through songs and rap music. He does a brand of gospel music that blends secular sounds with an uplifting devotional message.

Mr. Prime has worked with producers like Johnny Drille of Mavin Records, Jeno Base of Basehux Music Studio & more.

Mr. Prime has been off the music scene for a while & the new Mixtape DEY DON’T KNOW is a major come back. 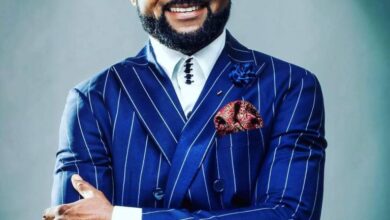