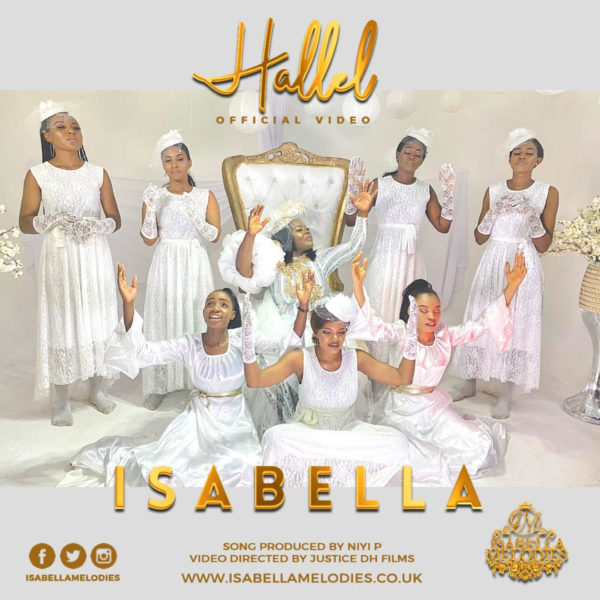 Gospel minister and awards winning singer ISABELLA MELODIES dropped the official video of her hit and spiritual single melody titled HALLEL. However, the audio of this video was first released in the year 2017 for her fans.

HALLEL which was produced by Niyi P and the visual directed by Justice DH Films is Isabella’s 4th single from her 8th album. Watch the video below and share your testimony.